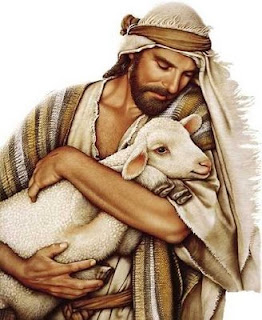 “Worthy is the Lamb that was slain to receive power and riches
and wisdom and might and honor and glory and blessing.” Rev 5:12 NASB

It’s all about…The Lamb is a quarterly publication for followers of Yeshua/Jesus, the Holy Lamb of God, and people who enjoy poetry. The purpose is to magnify our Lord and Savior and inspire an ever-deepening relationship with Him, the lover of our souls.

On Ash Wednesday I began posting a-poem-a-day on my blog, Maude’s Poems, and will continue doing so throughout Lent until Resurrection Sunday. I also post a daily notification on FaceBook with a link to the blog. I’ve been enjoying re-visiting some of my old poems. Sometimes I change a word or two or three. Included in this edition is a new poem, “Mary of Magdala”, which I am counting as today’s posting. Every day, I carefully peruse Google Images to find an appropriate image to accompany the poem. This often leads me into a devotional state of mind and becomes a meaningful time of meditation and blessing.

In Loving Memory
of a Wonderful Poet


It is with sadness that I announce that a fine poet and friend, Linda Ann Cronin, passed from this life on Friday, March 11th, from complications of arthritis. Linda was the daughter of Richard and Margaret Cronin. She lived most of her life in Cedar Grove, NJ. Linda received her BA degree from Loyola University and attended graduate school at Villanova University. She took part in many poetry workshops and was the author of "Dream Bones" a collection of her poems. She also received several awards for her work, including a first place award in the Allen Ginsberg contest.

Visitation will be Wednesday 2-4 and 7-9 pm, at Shook's Funeral Home, 486 Pompton Avenue, Cedar Grove. The funeral will be Thursday.

Congratulations, Poets!
Congratulations to two of my poet/friends, Elizabeth Marchitti and Barbara Williams-Hubbard for each winning an award for their poetry at the annual St. Catherine of Bologna Art, Photography & Poetry Exhibition, held this past weekend in Ringwood, NJ.

Ann Crediford grew up in Kentucky and West Virginia. She was an agnostic until middle age, when she came to belief in the divinity of Christ. For a long time Ann has enjoyed expressing her love for the Lord through her poems and stories. She’s a former member of the North Jersey Christian Writers Group.

“After tending the flowers on my hillside garden for several years,” Ann says, “I noticed that every year the flowers bloomed in the same sequence, starting with the snowdrops and then the crocuses. The order of the flowers appearing reminds me of the grandeur of God.” Ann’s featured poem is titled, “In Spring”.

Suzanne I. Fischer accepted Jesus as her Savior in 1979. “It was difficult in the beginning,” she explained, “because I was the first in my family to come to the Lord. My parents didn’t understand and gave me a hard time. My love for the Bible grew and I continued to grow in the Lord. Years later my mother also came to the Lord. She told me that she noticed a change in me. My mother and I had always been close, so when she died in 2014, I wrote a poem and read it at her memorial service.” That poem is called, “Things I’ll Miss”.

The crocus bells of spring proclaim
that once again our God intends
to bless the earth another time
with every green and lovely thing.

They’re here and there upon the ground
and over and about the town,
bright witnesses for all to see,
clear tellers of God’s majesty.

Your servant’s heart
Always putting others above yourself
Driving people here and there—
And everywhere, no matter how far

I’ll miss just knowing you’re there whenever I need you.
Or being there when you need me

But one day I’ll see you again
In our eternal home.
When we’ll be praising our great God together,
Never again to be separated!

Mary of Magdala was privileged—
Like the disciples, she was among the few
who spent time with Jesus, followed Him
considered Him Teacher and Friend
She called Him, Rabboni

Jesus had set her free of demons
and she was grateful
for she had known darkness and terror
She and the brethren experienced
unconditional love from He
Who personified it, perfectly

No doubt Mary was there
when Jesus spoke of things
the multitudes yearned to know
things like eternity, death and resurrection
like the sign of Jonah

Still, neither she nor the disciples
had a clear understanding
of cosmic events that were about to unfold

There were shouts of

It was no longer safe
on the streets of Jerusalem
for His followers. They were fearful
Some went into hiding

Mary rent her garments and wailed
Full of sorrow, what could she do
except go early the day after the Sabbath
with other women to anoint His dead body

but when they arrived at the tomb
It was empty and His body was gone
Angels were there
Angels, who spoke of resurrection

but Mary was weeping and bewildered
She couldn’t grasp resurrection—
All she could think about was
Where was His body?
Who took His body away?

Then Rabboni appeared to her
He called her by name, but
still, she couldn’t comprehend
how Him standing there, speaking to her
could possibly be true—
Wasn’t He dead?

She simply could not fathom
that the greatest knowledge
ever to befall anyone, anytime, anywhere
befell upon her at that moment

This was not a time for weeping—
This was the time for rejoicing!

She extended her hand to touch Rabboni—
He was Alive!
He was risen from the grave!

Jesus told her to go tell His disciples
so Mary quickly hurried off to tell them
she had seen the Lord!

Yes, it was beginning to sink in—

The sin of the world was atoned for
by Jesus’ death on the Cross
and by His glorious Resurrection
He became the Firstfruit
of Life Forevermore!


**You are welcome to share the above poems with others, but please always be sure to include the author's name.

Comments are always welcome and appreciated. If possible, please post them directly to the website. Thank you.

Look for the next edition of It’s all about…the Lamb, June 15, 2016. In the meantime, I update my blog at least once a week, so visit the website often at: http://maudespoems.com.

Dear Reader/Subscriber,
My prayer is for every one of you to have a joyous and holy Resurrection Sunday.

Jesus’ resurrection from death is what gives us hope for Eternity. What blessed assurance that is for believers! Praise the Risen Lord!

God be with ewe!
Maude