I accept this bitter cup

filled to the brim

For I have tasted

I accept this cross—

I will lug its weight

is so, so small 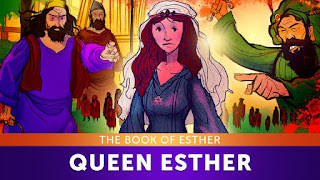 There’s a book in the Bible that’s a nail-biting thriller.

It’s often read at Purim. Some call it the Megillah.

in all the book’s ten chapters, there is no mention of God.

The heroine is Esther, a brave and beautiful queen

who saves her people, the Jews, from a diabolic scheme.

There’s another queen in the story, Vashti is her name;

she defied King Ahasuerus and brought upon him shame,

therefore, Queen Vashti was banished, and a new queen was sought.

The young virgins of Susa, to the citadel, were brought.

With oil of myrrh and spices, they were groomed and primped and primed

till the king selected the maiden he deemed most sublime.

Exquisite Esther found favor with him. Soon she was crowned

the new queen of Susa, regally bejeweled and begowned!

The fact that she was Jewish, the queen kept well concealed;

for like a papa, Mordecai said, “Keep your royal lips sealed!”

Mordecai had raised her like his daughter; an upstanding man—

He overheard a plot brewing against the king of the land,

so the murderous plot was foiled; hanged were the two thugs,

but Mordecai received no thanks, no reward and no hugs.

Hated was Mordecai by Haman, the aide to the king,

for the Jew would not bow down and to Haman homage bring.

Haman schmoozed with the king and received a promotion

but his hatred for the Jews stirred a sinister notion.

Haman devised a foul plan to annihilate the Jews.

This plot divulged to Mordecai was deep, dark, evil news.

Mordecai implored Queen Esther to go before the king

to beg him to halt Haman’s plan by the seal of his ring.

It was dangerous, indeed, for the woman he cherished,

but Queen Esther insisted, “If I perish, I perish!”

She called for her people and maids to keep a three-day fast,

then inhaled a deep breath and did something extremely rash—

She planned a lush banquet; invited her king and Haman.

Over wine, she revealed to the king, Haman’s evil plan.

The villain was sent to the gallows; hanged till he was dead

and dear old Mordecai had honors heaped upon his head!

Throughout the kingdom of Susa that was the greatest news!

Now each Purim Esther gets a commemorative nod

and although He wasn’t mentioned, so does the hand of God!

The above poem won the Spiritual Award for Poetry

at St. Catherine's Festival of the Arts in Ringwood, NJ. 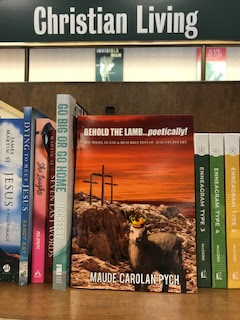 Posted by Maude Carolan Pych at 10:14 AM