Let's Use Our Imagination... 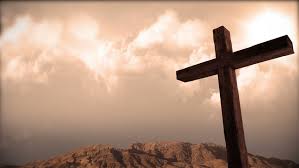 Imagine worshipping a cooing one moment, whimpering the next, born to save us, sweet baby God, lying in a trough filled with scratchy straw, needing a diaper change

Imagine worshipping a nose-in-the-Scroll, confident little-boy-God, teaching in the Temple, confounding elders with astonishing Truths, as His parents search for Him

Imagine worshipping a rugged, long-haired, son-of-a-carpenter adolescent God, as He learns (ironically) to skillfully select woods and deftly wield a hammer and nails

Imagine worshipping a child embracing, woe pronouncing, multitude feeding, leper-cleansing God, Who walks upon water, instructs the wind and even raises the dead

Imagine worshipping a bread-breaking, wine-offering, foot-washing God, Who soon to be betrayed, beseeches His Heavenly Father, and sweats blood in an olive garden

Imagine worshipping a 30-something, blood-splattered, fist-struck, scourged and spat-upon God, laboriously lugging a cumbersome crossbeam to His Own execution

Imagine worshipping a thorn-crowned, sword-pierced, crucified-with-common-criminals sacrificial Lamb of God, as He dies sinless for the sin of the world

Imagine worshipping a resurrected three-days-after-burial God, Who appears ALIVE! Yes, ALIVE! in His own burial garden, in locked rooms and to strangers along the road

Imagine worshipping this crucified, resurrected, gloriously ascending-in-the-clouds, victorious Son of God, Who says, "Go into the world and tell them."

He did it for them 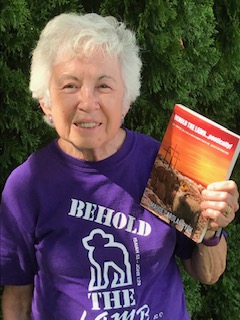 For information go to www.maudecarolanpych.net.

Posted by Maude Carolan Pych at 10:17 AM

Email ThisBlogThis!Share to TwitterShare to FacebookShare to Pinterest
Labels: "Imagine", "Let's Use Our Imagination...", a poem about Jesus